It was originally built with a Wankel engine and custom made chassis. Suspension I believe is a Mustang II front end with modified spindles to accommodate Porsche hubs and AP Lockheed disc brakes. The rear end I believe a is Porsche 901 transmission adapted to Datsun axles and swing arms and Datsun drum brakes with modified lug pattern. The car was at some point moved to Maine with McDaniels and eventually possession taken by his son who I bought it from.

The kit body looks to of been painted when new and not repainted as best I can tell. There are some modifications to the fiberglass work to fit frame, roll bar, past radiator and gas tank that were done at the time of the original build.

The only systems currently working are the steering and rolling capabilities. there is no engine, seats, front bumper or side windows. Some of the rear lug studs are spinning in the brake hubs and I have left lug nuts off of these. One rear lug bolt was drilled to remove the wheel. Because of the length of the rear lug studs, the rear lower shock bolt must be removed to remove the rear wheels. The steering column is loose and potentially needs anew bearing. The frame and suspension are rusty, but no holes have been noticed. The aluminum frame pan was originally riveted in. It was removed by drilling the rivets and is now temporally attached to the car with screws. The convertible top in in poor condition. The fuel tank top is not attached. Chrome on the car has pitted and aluminum parts need restoration. Fiberglass lower edge of drives door has small crack and paint is dull on entire car. 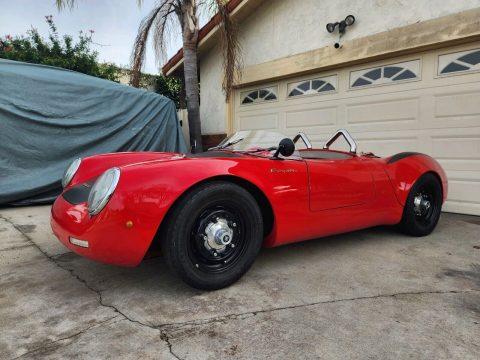 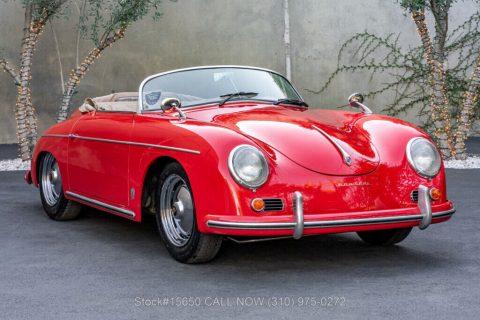 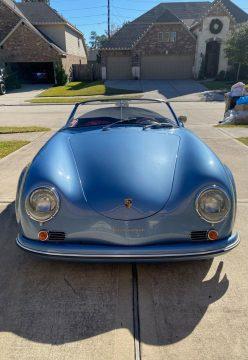 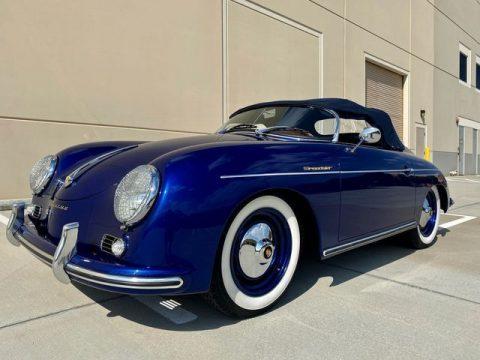 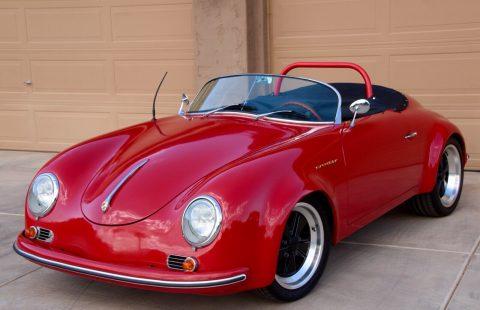