1966 Shelby Cobra Replica [has all the right components]

You’ll probably see this 1966 Shelby Cobra Replica as awesome for its race-ready suspension, sleek style, and extras inside like the powerful stereo

But the best part of it all is how awesomely powerful this one is. That’s because you have a 427 big block built by quarter-mile king Ben Watkins.

Seeing a Cobra out in the wild is already an event for many people. But when they do, everyone loves the right components like bold red paint, push bumpers, and a single chrome roll hoop. You can tell they took some added care with this one. It’s in the way the white racing stripes were done with the detailed thin border stripes and they are painted on for an enduring shine. And the wheels are made to look like classic Halibrand units. And those side pipes add to the intimidation factor with both their appearance and growl. It all makes for an impressive total package that’s also unmistakably meant to be enjoyed to the fullest out on the road.

The interior has a competition attitude with wrap-around bucket seats, Simpson four-point racing harnesses, toggle switches, a B&M shifter, and a three-spoke AC wood-rimmed steering wheel. But you’ll also notice upgrades here you don’t get on other Cobra replicas. It’s more fully furnished than others, including full door panels. The gauges show added care with their brass-like Ford bezels. The large Spitfire with shift light is mounted high, like a head-up display. And while the motor has an awesome soundtrack, you also get to choose what accompanies it with the AM/FM stereo that includes Bluetooth, a USB input, and stereo speakers with an MTX amp in the trunk.

The best part of a Cobra is always under the hood. A Cobra’s primary mission is to be the fastest sports car around. That’s why this one has a fully built big block. It’s a 427 cubic-inch V8 by Ben Watkins that has been bored over .30 to 433ci total. It has been enhanced and fortified further with TRW forged aluminum pistons (10.5:1 compression), Ford Racing connecting rods, ARP rod bolts, a balanced crankshaft, Comp Cams solid roller lifters, Comp Cams triple heavy-duty valve springs, stainless steel valves, five-angle valve job, O-ringed heads, bronze bushings, roller rockers, SCE .60 mil copper head gaskets, ARP head bolts, and Edelbrock Performer aluminum heads. And it’s topped off with a dual set of Holley four-barrel carburetors on a tunnel ram intake. It’s supported by the right components, like an MSD 6AL ignition, steel braided lines, a Vortex dry cell battery, Holley electric fuel pumps, steel braided lines, and an 18-gallon fuel cell. The thunderous roar of those header-fed side pipes do a terrific job of announcing your power superiority. This awesome V8 feeds into a fully race-prepped C6 three-speed transmission with a 3800 stall and reverse manual valve body. It connects to a balanced aluminum driveshaft on its way to an Auburn 9-inch limited-slip rear end running Richmond 4.10 gears for powerful and confident take-offs. The suspension has strong tubular control arms up front, a four-link rear, and adjustable coilovers all-around. There’s even a four-wheel power disc brake package so your stopping power will match your performance driving. 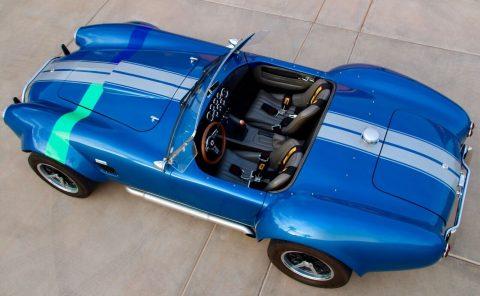 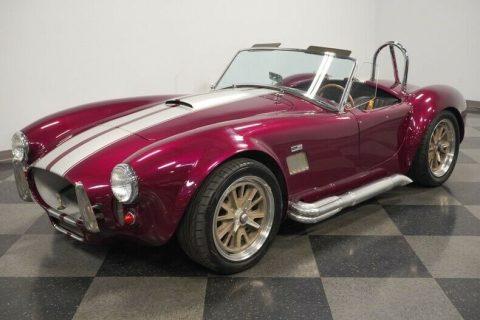 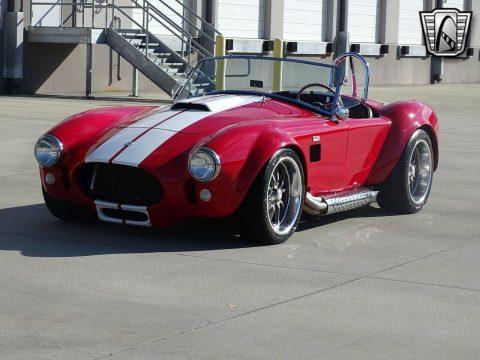 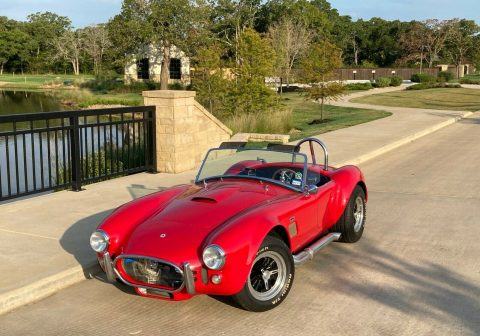